A major ERP Procurement Provider had been expanding its cloud based Purchasing, Accounts Payable and Procurement solution since 1999.  By 2012 their software, originally built in PowerBuilder, was aging and had to be upgraded to a completely new technology platform to support the growth of the company and customer expectations.  Also, the PowerBuilder platform had lost popularity and was nearing end-of-life.

By early 2013 they finally decided to embark on an ambitious platform conversion project to completely redevelop their entire legacy platform using the latest technology stack. The challenge was that, while the company had substantial software development teams and capacity, their engineers were busy adding functionality to and improving the current product.  They simply did not have the resources and bandwidth to undertake a massive conversion project within any reasonable timeframe.

They decided to look externally for assistance in tackling this large project and turned to ixStrata with its proven track record in high-end software development to provide a highly talented and qualified software development team. This allowed their in-house teams to focus on future enhancements and functionality while ixStrata did the platform conversion. IxStrata was able to respond quickly and put a solid team together within a matter of weeks.

Over the next 18 months the ixStrata team rebuilt their entrie application suite in PHP and Microsoft SQL Server.   Besides being a technically very challenging and complex project, the additional complication was that while we were building the new platform, we had to stay in sync with the old platform versions and we also had to incorporate any and all new features and releases being published during that same time into the new sofware.  ixStrata had full responsibility over the entire project, ranging from design, architecture, development, testing and QA to production release and post go-live support.

The project was completed in just under 18 months, ahead of the scheduled release date, and successfully went live with customers being transitioned to the new system one by one over the following six months.  The client was very satisfied with ixStrata’s service, speed and quality of the team. The new system is now in full production and all clients have been converted to the new platform. 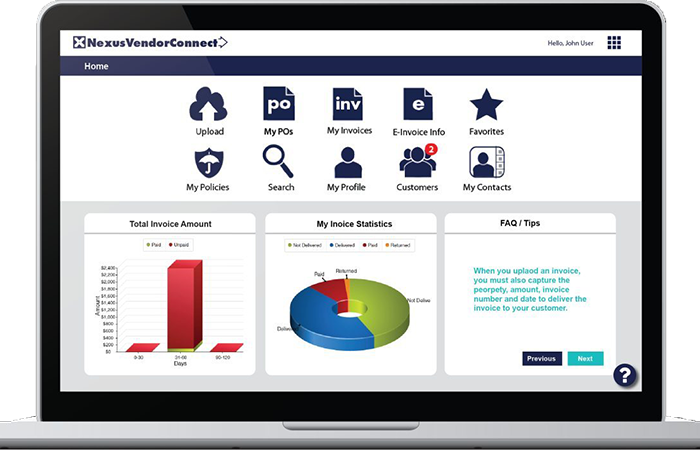 The benefits for the client were multifold.  This approach allowed their own development teams to focus on new features and enhancements, providing customers with the latest and greatest features of their Procurement Solutions.  Also, it gave them immediate access to very senior and experienced software engineering teams, which would have taken them a long time to build in-house.

As a result, the platform conversion was completed at least one year earlier than had it been developed in-house, thus accelerating the growth and profitability of the company.